What Is Acupuncture and How Does It Work Although acupuncture dates back around 100 BC it’s still not widely practiced and understood in the Western world. There are a lot of myths, misunderstandings and misconceptions when it comes to exactly what is acupuncture and how does it work.

Acupuncture is an alternative form of medicine that works by stimulating certain points on the body. These are known as pressure points and is done with a needle. Penetrating the skin and hitting a pressure point. This relieves pain and treats a wide range of health conditions.

Scientific Evidence and the Effectiveness of Acupuncture

The practice was developed in China. While still being popular in that part of the world, there are practitioners are all over the world. Scientists have done numerous studies on acupuncture and it’s effectiveness at treating the conditions it’s used for. The results do show a positive correlation between the specific treatments and a patient’s recovery.

One of the largest studies to be carried out was in 2012. Around 18,000 patients and 29 different studies were performed to analyse the effectiveness of acupuncture at treating a wide range of conditions.

The study concluded that acupuncture is effective at treating and relieving chronic pain. As such it should be a consideration as medical advice for patients living with painful conditions. There was also a wide gap between skilled acupuncturists and those who are not as skilled. You should always seek an experienced and professionally certified acupuncturist when treating a condition.

There were also mental well being effects. With the symptoms of stress and anxiety being lessened through acupuncture treatments.

How Does Acupuncture Work? The interesting part of acupuncture is just how far back it dates and all the work that was put into developing the systems then. Dating back as far as 100 BC, acupuncture was first developed in China through an extensive and incredibly detailed system of pressure points all over the body.

Acupuncture has changed a great deal over the years and what is used and seen today is very different to it’s origin. In traditional Chinese medicine it’s believed that illness and diseases are caused by disruptions to the body’s qi. A system of energy flow that we all have present.

The acupuncture pressure points, or acupressure points as they are also called are targeted to stimulate this energy and release the qi. Allowing the flow of qi to travel all over the body and promote better health.

The modern, Western belief of how and why acupuncture works is a little different. Scientists in the West believe that acupuncture works through the neurohormonal pathways in the body. Meaning that the needles are stimulating the nerves and sending signals directly to the brain and then releasing hormones.

Hormones like endorphin’s help lift a persons mood, help them feel better, and relieve pain. All the benefits supported by the Chinese theories, but just through a different process. A more scientific and practical process is one way to look at it.

There is another hypothesis that has some merit. It’s believed the needles reduce the proteins, or pro-inflammatory markers in the body. The result being a reduction in pain and inflammation around the body.

Whichever theory you buy into or believe. There is a consistency between all the evidence and beliefs. That is, that by using acupuncture needles in the skin signals are sent and received from the brain and pain is reduced.

Acupuncture is still misunderstood in a lot of cultures and countries. It is always gaining in popularity however. As patients receive treatment and report positive results it always prompts more to come forward and try it.

Acupuncture was recently discovered to help chemotherapy patients subdue their feelings of vomiting and nausea. It’s becoming more acceptable as referrals from doctors and healthcare professionals.

Research is always ongoing and there are always new studies being published with positive outcomes. I for one believe in the power of acupuncture therapy treatments, I’ve seen it help too many people first hand to doubt it.

Below is a video demonstrating what is acupuncture and how does it work.

Cupping for Anxiety | How It Helps

What to Expect After Cupping | Aftercare Tips

Can You Put Unstopables in a Wax Warmer? (No)

Can You Use Fragrance Oil in Your Wax Warmer?

Can I Put Fabric Softener in My Wax Warmer? (No) 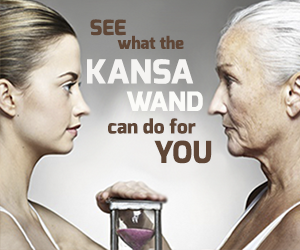